We arrived in Ipoh on Friday 20th Feb 1981 on a new assignment where I had Elder Lecheminant as my companion. Elder Soon was sent to Penang to have a temporary companionship with an Australian member family’s son name Dion Gillies. The Church in Penang was pioneered by the members who worked for the Royal Australian Airforce base in Butterworth.

In Ipoh, we were to visit the only known member there at that time, a Sis. Koay or Tan Eng Huey who married a non-member living at 78 Jalan Gopeng. We found that she teaches piano and was keen to help us in our work to build the church in Ipoh. She immediately agreed to hold our first meeting at her home on Sunday at 10am. We also met up with another key contact named Doreen Khoo who has been learning about our Church from her friend named Ricky Woo, a Malaysian studying in Taiwan. We found out that she had a full set of our scriptures with all the vital pamphlets sent by Ricky already and seemed well prepared for baptism. I decided to write to Ricky in Taiwan to keep him informed of her progress. We had a fruitful first day in Ipoh visiting the YMCA as well to arrange for possible Church meetings there. On the following day, we met up with Mr Toh Chin Guan, the father of Diana in KL who was referred to us by her Sister Stella who is a member in the UK. We found him a jovial man who was quite well versed in the Bible and invited him to our first meeting the next day which he accepted.

Our meeting started a little after 10am with a total of 9 people present. Our key contacts were present, namely Sis Koay and her husband, Doreen Khoo and Mr Toh with 3 other of their friends. I conducted the meeting where we blessed the sacrament to pass to the group. Elder Lecheminant was the first speaker and spoke on foundation while I was the second speaker and spoke on faith. We sang 3 hymns with Sis Koay playing the piano. After the meeting, we took a photograph of ourselves in remembrance of this historic event! 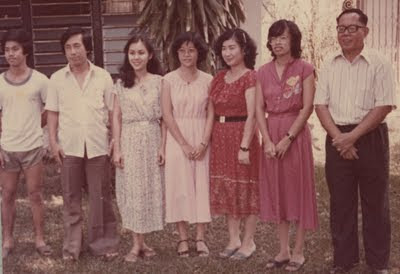 From the success of this meeting, the spirit told us that Ipoh is a special place with special people whom we would have the privilege to meet and baptize. With the availability of the car, we could come back to Ipoh often to teach and baptize with the eventual result of the establishment of an official branch of the Church in less than a year from our first meeting.

1st Baptism in Ipoh of Doreen Khoo by Gary Lecheminant 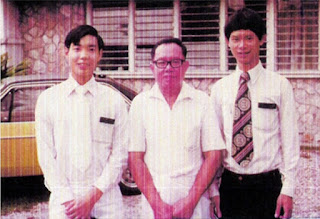 The day of the baptism of Toh Chin Guan who became fondly known as Papa Toh of Ipoh Branch in the Church. Present was my companion Pang Meng Hock from Singapore. 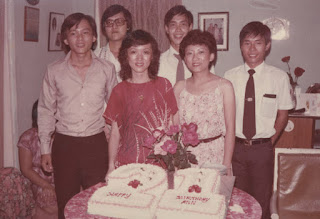 Birthday of Anne Fowler in red with her close friend Honey Khong beside her and Honey's brother Tuck Weng on the far left. On the far right is my companion Elder Yung Yik Kwong from Hong Kong who joined me in Sep 81 to Jan 82 as per the record above. Elder Yung had to work hard with me to prepare the new meeting house for the new branch that would be formed in Jan 82 with the presence of a new missionary couple. 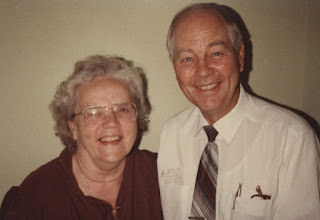 The new missionary couple was Bro and Sis Redd from Canada. Elder Redd would serve as the President of the new branch in Ipoh created on 10 Jan 1982. I met them again with my wife when we were sealed in the Salt Lake Temple in December 1983 and I was reunited with Elder Redd a couple more times in later years shared in this journal post. 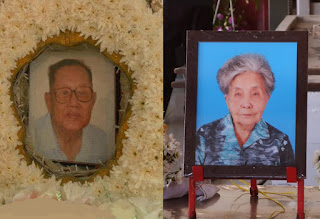 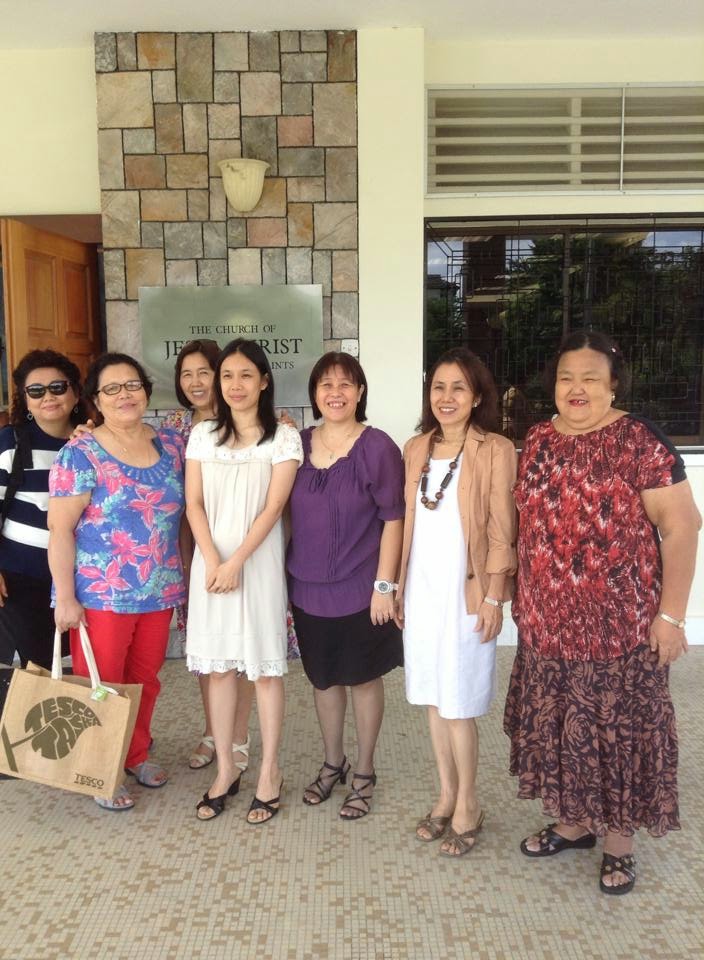 Four women seen on 23rd Nov 2014 above in front of the Ipoh meeting house, whose names are recorded on this journal post, were key players 33 years ago in the beginning of Ipoh branch, namely Stella Toh(2nd from left), her two sisters Annie Toh on her left in the back and Diana Toh(far right of the photo), Tan Eng Huey(2nd from right) and Doreen Khoo(3rd from the right). On the far left is Rosemary Chai, a returned missionary from Singapore visiting the branch.

Facebook post on the passing of a missionary couple Elder who served in Ipoh previously, shared by a returned missionary name Duncan Horne :

Thanks to your diligence in keeping a journal/record/blog, we have the record of the church history in Ipoh & Malaysia.

Bro Chong, you keep a good journal. Well done. I love reading it.

Glad my journals are being appreciated. They are my real experiences of the world I'm exposed to, which is quite different from many in the western world or even eastern so I've used a Body Mind Spirit way of presenting myself in this latest site of mine - www.familylane.info/photolinks