In Memory of Jerry Douglas Timothy 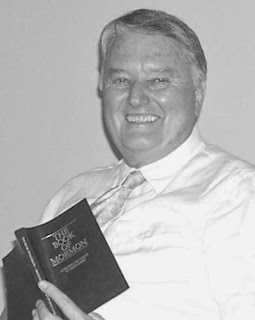 Jerry Douglas Timothy departed this life surrounded by his family on November 6th after a long struggle with complications from diabetes. Born in Copperton, Utah September 15, 1931 to two wonderful parents Marell Murray and Rulon Timothy. At age seven, after Jerry lost his father to a tragic mining accident, his mother married Westal Cochran.
Jerry graduated from Springville High, attended BYU prior to his Southwest Indian Mission, 1950-1952.
He married Ann Whiting in 1953 they had 3 children, Steve, Mark and Julie.
During the Korean War, they were stationed at Fort Ord, CA, where he served in the US Army. They were called to the Montevideo, South American Mission 1963-1965, where he served as Financial Coordinator to the First Presidency. Jerry and Ann were later divorced.
Jerry and Loraine C Burns were married in 1981 when he became a step-father to Julie and Jerry Burns whom he loved as his own.
Jerry was a true entrepreneur in every sense and brought many people and businesses together including real estate, nautical Satellite Navigation Company, Car Dealerships, Pottery, Construction Company, Russian Art, Oil Refinery, and many more.
He was a member of the Cottonwood 2nd ward for over 25 years his favorite calling was Ward Mission Leader where he was able to teach people from Bhutan, Tibet, Africa and many other countries. …..
In 2006 he and Loraine were called to serve in the Singapore Mission where they served in Malaysia for 18 months making several friends for life.
Jerry loved missionary work and although he served three full time missions, everyday was a mission for him, always serving and loving others.
Their home was filled with family, business associates, friends and art. He loved to travel, was a loving husband, father, grandfather and great grandfather, he was preceded in death by his parents, son Steven, and grandson Bjorn Thorsen. He is survived by his wife, Loraine, children, Barbara Timothy Bowen, Mark (Linda), Julie (Roland Cole), Julie (Mark Goodman) and Jerry (Chris Burns); Brothers Paul and Don; 16 grandchildren, and 6 great-grandchildren.
Viewing at Wasatch Lawn 3401 Highland Dr. Sunday, Nov. 10th from 5:00-7:00 pm and one hour prior to funeral services on Monday Nov. 11th at 11.00 am at Cottonwood 2nd Ward 2089 E. Donelson Lane. (5165 So.) Interment; Holladay Memorial 4900 S. Memory Lane, SLC, UT

Memories of his time spent with Penang and Butterworth members of the Church in Malaysia during the time he and his wife Loraine served as a couple missionary in Jul 2006 to Dec 2007 and reunions after their mission : 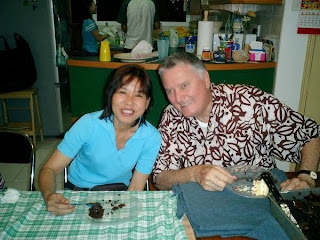 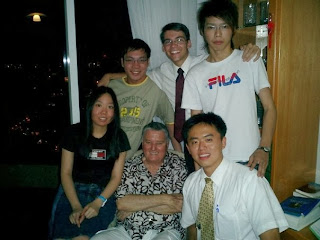 With Elders and the young adults in Penang 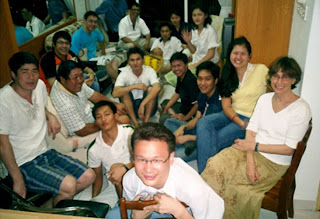 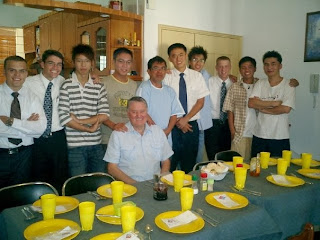 With the Elders and men of the Church in Penang 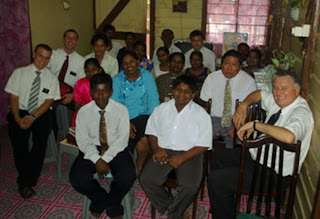 With the David and Michael families in the Butterworth group 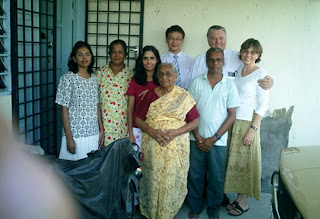 With the Joseph family in Butterworth 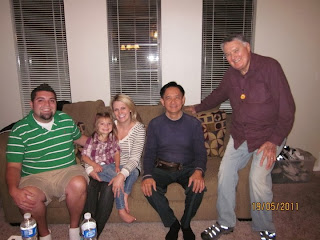 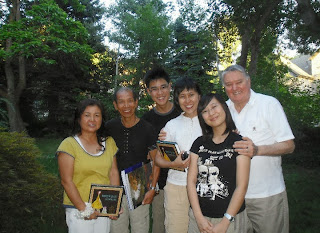 Reunion with Laura and her children Benjamin & Sabrina 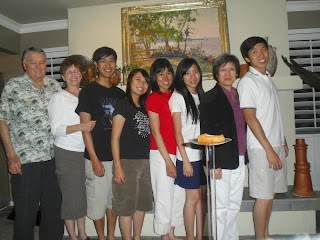 Reunion with the Ooi and Yeoh families