It was Monday afternoon when I was in an air-conditioned waiting room alone while my car was in the workshop for minor repairs, being just back to KL from Singapore. I turned on my iPad for the news feed in facebook and caught a post in my Returned Missionary (RM) group page where a member posted a comment that he had heard a missionary was killed in a car accident in Kuching and wanted to know if it was true. A couple of members in the group confirmed it and as I asked for more details, an official news report link was given by another member copied below from KSL.com Utah News.

Upon reading the news, tears filled my eyes as I felt very sad as being a returned missionary myself, I felt like I know him and that we lost a member of our family so suddenly though I have not had a chance to meet Elder Wiberg during his 11 months in the mission field. I have added his photo into the RM group  'In Memory' album and added his name in the honor list of returned missionaries from overseas who have sacrificed much to serve in Malaysia. In the case of Jason Reid Wiberg, he even sacrificed his life! Our deepest condolences go to his family. 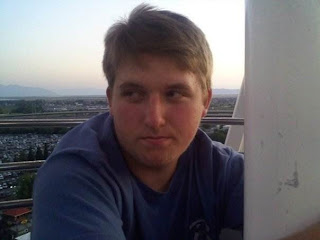 SALT LAKE CITY — A Utah man serving a mission for The Church of Jesus Christ of Latter-day Saints died Sunday after being hit by a car while riding his bike in Kuching, Malaysia, church officials said.
Elder Jason Reid Wiberg, 19, of Roy, had been serving as a full-time missionary in the Singapore Mission since October 2012, LDS Church spokeswoman Ruth Todd said.

"We are deeply saddened by Elder Wiberg's passing, and our thoughts and prayers are with his family, friends and fellow missionaries during this difficult time," Todd said.
In a statement released by Elder Wiberg's parents, Reid and Janice Wiberg, they said his missionary work will continue in life after death.

"Jason's organs were donated for transplant so he can continue to help and be with the people of Malaysia he so dearly loved," his parents said.

Elder Wiberg was traveling home on his bicycle after appointments Saturday evening when he was hit by the car, his parents said. His missionary companion immediately gave first aid before paramedics arrived and took him to a hospital.

He was then transferred to a larger hospital to be treated, according to the family statement. Despite excellent care, his condition worsened.

Elder Wiberg's parents said they want to express appreciation for all those who have been praying for their son.

"We all hoped for a miracle yet are comfortable with the knowledge and accept that God has other plans for Jason at this time," they said in a statement.

They also thanked Elder Wiberg's companion and medical staff who helped their son.

Another link to another news report is found here. It states that he passed away on Sunday, 25 August 2013 in Kuching, The accident occurred on the night before.


The following are photos shared by RM Laurel Theobald with the following comments, "These are the photos I ave with Elder Wiberg. They were taken by Sister Pettitt (who unfortunately lost her camera, but I had copied these). Elder Wiberg always made me smile. 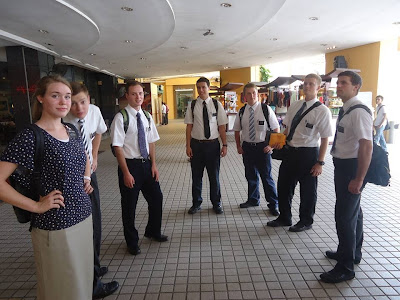 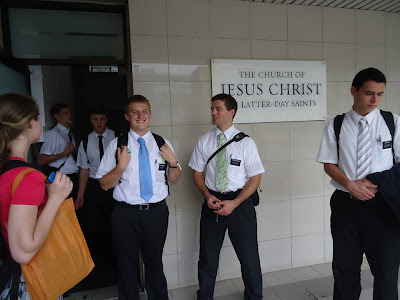 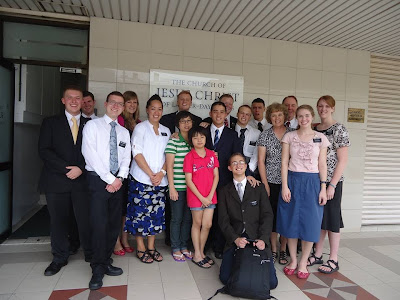 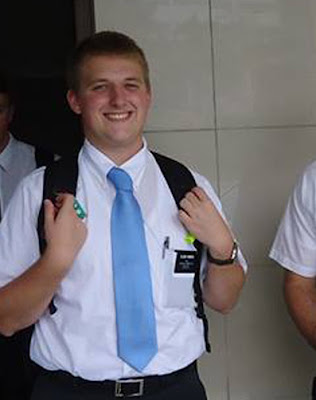 Keep up the Good Work on the other side Elder Wiberg!