On Courtship and Marriage

Were we prepared for marriage? As a Latter-Day saint with the belief that we lived before we were born on this earth as spirit children of our Heavenly Father, I would answer it this way. We were as prepared as the day we accepted to come to this earth, not knowing what real experiences or challenges that we will actually face but having the faith that it will be for our good and will be a fulfilment of God's purpose for us.

So it was with that faith that I believe we were prepared to be married to each other despite the short duration of our courtship. Of course our built in emotional senses had overtaken any logical doubts that we would have, if any, about the commitment of marriage and our suitability to each other. I was her Prince Charming and she was my Cinderella and we believed that we would live happily ever after as all fairy tales would end. We felt that we were the perfect couple and together we should be able to overcome all things.

In the short courtship, my mother before her death had time to get to know Geok Lee as our chaperone during the trips she made to KL. It helped in our relationship that both our parents were supportive of our choice of partners. Their endorsement for our marriage was given as early as 2 months after our first meeting when they witnessed our simple engagement ceremony at Geok Lee's home in Singapore as the photos below depict : 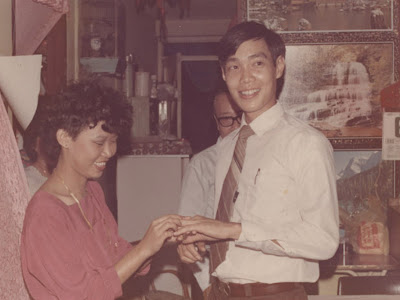 The exchange of rings ceremony on 6th Aug 1982 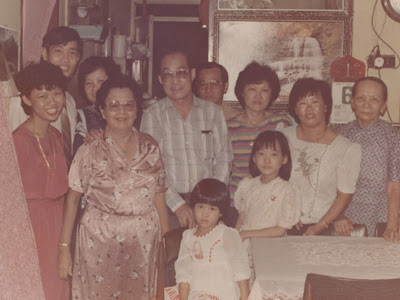 Family members from boths sides together for a group photo 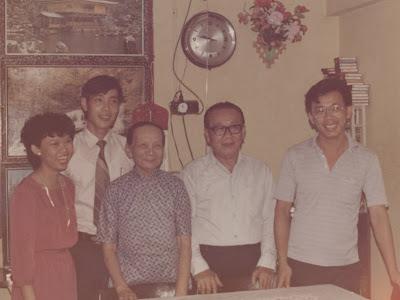 With Geok Lee's parents and then single brother Yen Wei