Starting in Malaysia, our first miracle

We were to stay in Singapore for a little longer as part of our orientation to the mission field, each of us being assigned different senior companions at various times as part of the training. My first senior companion was Elder Lecheminant, the only American Elder allowed a missionary visa in Singapore at that time besides the Mission President and his wife. We were following up on referrals that came through the Osmond family fireside that was held in Singapore earlier. Other local Elders who were from Singapore that I would work with include Elders Jeffery Lim, David Wong and Pang Meng Hock, on occasion working in threesomes. We had regular missionary correlation meetings where we would pass off discussions and memorized scriptures as required by the Mission President Talmage Jones!

Soon it was time for Elder Soon and I to leave together for Malaysia. On 30th Aug 1980, the eve of the Malaysian Independence day, we were put on the plane on a 45 minute flight to Kuala Lumpur where we were met by Bro. Kent Davis and his wife who are an expatriate American family living there. We were brought to the mission home at No 3 Jalan Mentri Utara 7/4 Petaling Jaya where we would stay with Floyd and Edna Stoker who were the only missionaries serving in the country at that time.

Our first agenda was to look for a room to rent and here came the first miracle. While looking for a place to stay, we found that a referral that was given to us from Singapore was located next to a home that we were looking at from an advertisement! Another was even more astounding as a referral named Ho Chee Meng living at 2 Jalan Rembia turned out to be one of the advertisers of a room to let which we had independently sought for. Elder Pang in Singapore had met him on the bus on 24th Aug and passed his details to us as a referral. We did call Mr Ho to reveal the situation to him and he gave us an ‘open invitation’ to visit him!

We narrowed down our choice for a place to stay to a home that had only a couple, Mr and Mrs Cheah, living in it that was located at 97 SS2/74 Petaling Jaya. We moved in on 8th Sept 1980 and on the first night Mrs Cheah shared this remarkable story with us. She is a Christian who had tried several churches but has not developed a testimony of any of the churches yet. When we first came by to visit her home the previous week, she expressed that she felt a strong impression when she first saw us alighting from the taxi feeling that she really liked us to rent her room. While we were considering the option the next few days, she told us that she was praying very hard for us to accept their offer. Well we did and before the night was over, I bore my testimony about our divine commission and suggested that we could share the gospel with them.

We taught her all the discussions and she followed us to Church for a period of time. We finally challenged her to be baptized and I had the privilege to baptize her on 25th Oct 1980, our first convert baptism since we arrived. 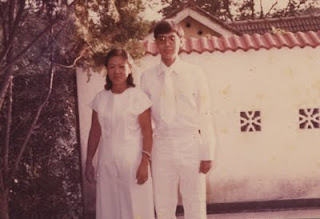 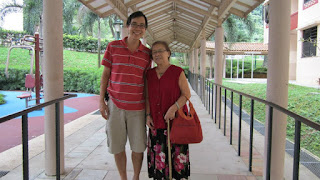 Patricia Cheah after retirement had moved from KL to Singapore to help her daughter in raising her son and we met up only 29 years later when I picked her to our home in Singapore. 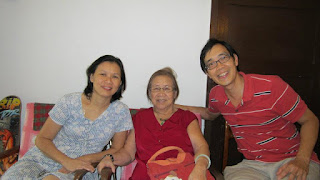 She had met Geok Lee after my mission to be able to attend our wedding in Petaling Jaya when she had not move to Singapore yet. 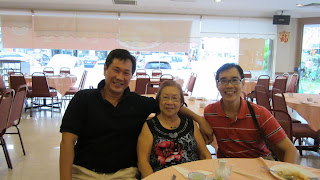 Met up with David Soon, my former mission companion, who came down from Penang for our reunion with our miracle convert during our mission time! 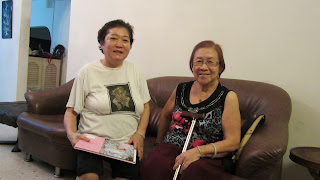 Met up with a Sister in Taman Tun Dr. Ismail 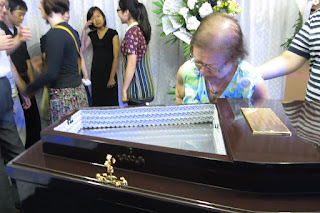 She came to Geok Lee's funeral service in Singapore 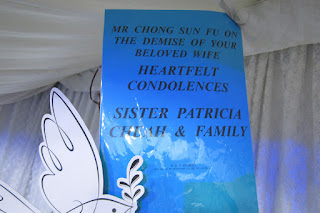 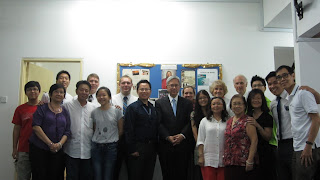 Stop over in Melaka to meet Elder Gerrit W. Wong 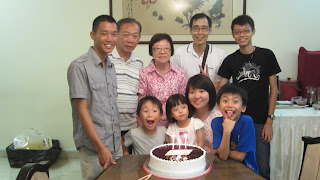 She got a ride from me to Singapore from KL where I had planned to celebrate Shuan's birthday. 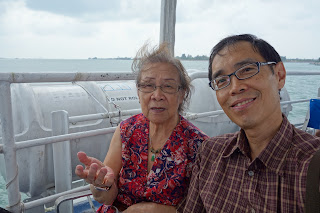 A boat ride from Singapore to Desaru 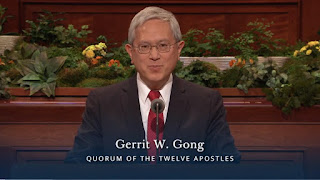 Click the video above to hear Elder Gerrit W. Gong speak just after he was sustained as an Apostle in the General Conference of April 2018. What a nice coincidence that we got to meet him 5 years ago in Malacca. 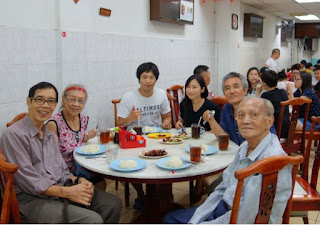 Nice to meet Patricia Cheah again who is 90 years old this year with her younger brother in the far right at 85 and son Michael Lee on his right, having lunch in Kuala Lumpur. 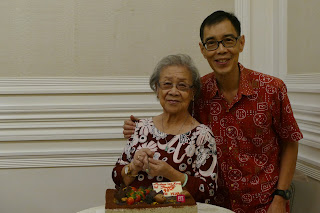 More photos and a video of the dinner party can be viewed here.