The journey to meet my foreordained Missionary Companion


After taking care of family matters as best as I could, I was ready to return back to Australia first for my graduation ceremony and then to receive my official mission call which uniquely had already been determined.

On 15 May 1980, I was ordained an Elder by the President of the Melbourne Australia Fairfield Stake, President Gerald F. Myers. 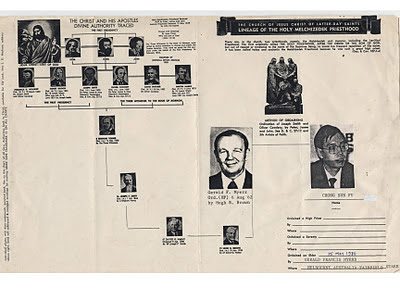 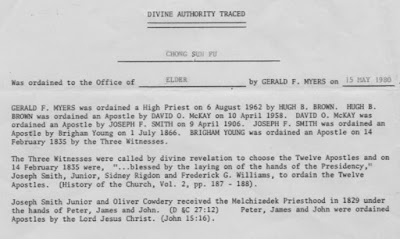 Click this pic above to expand its view to be able to read how I received this priesthood line of authority that is linked all the way to the Savior during his ministry on the earch.

I was to report to the New Zealand Missionary Training Center(MTC) in Hamilton, New Zealand on 5 August 1980, to stay for 10 days intensive training. 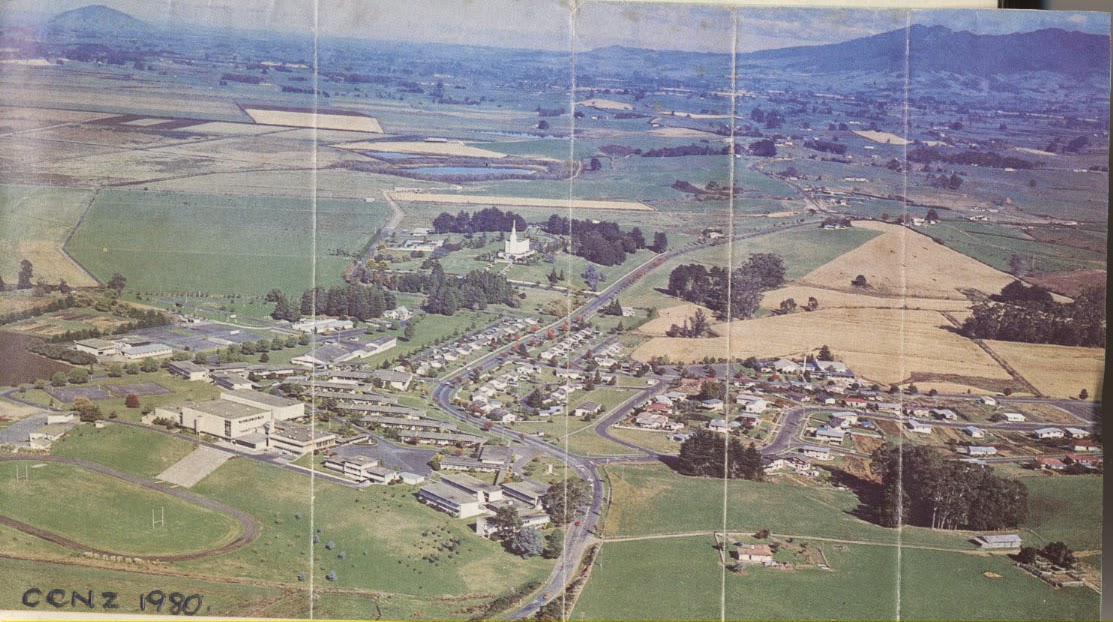 It was set on a beautiful country site where there was a Church Temple and Auckland city was not far away. 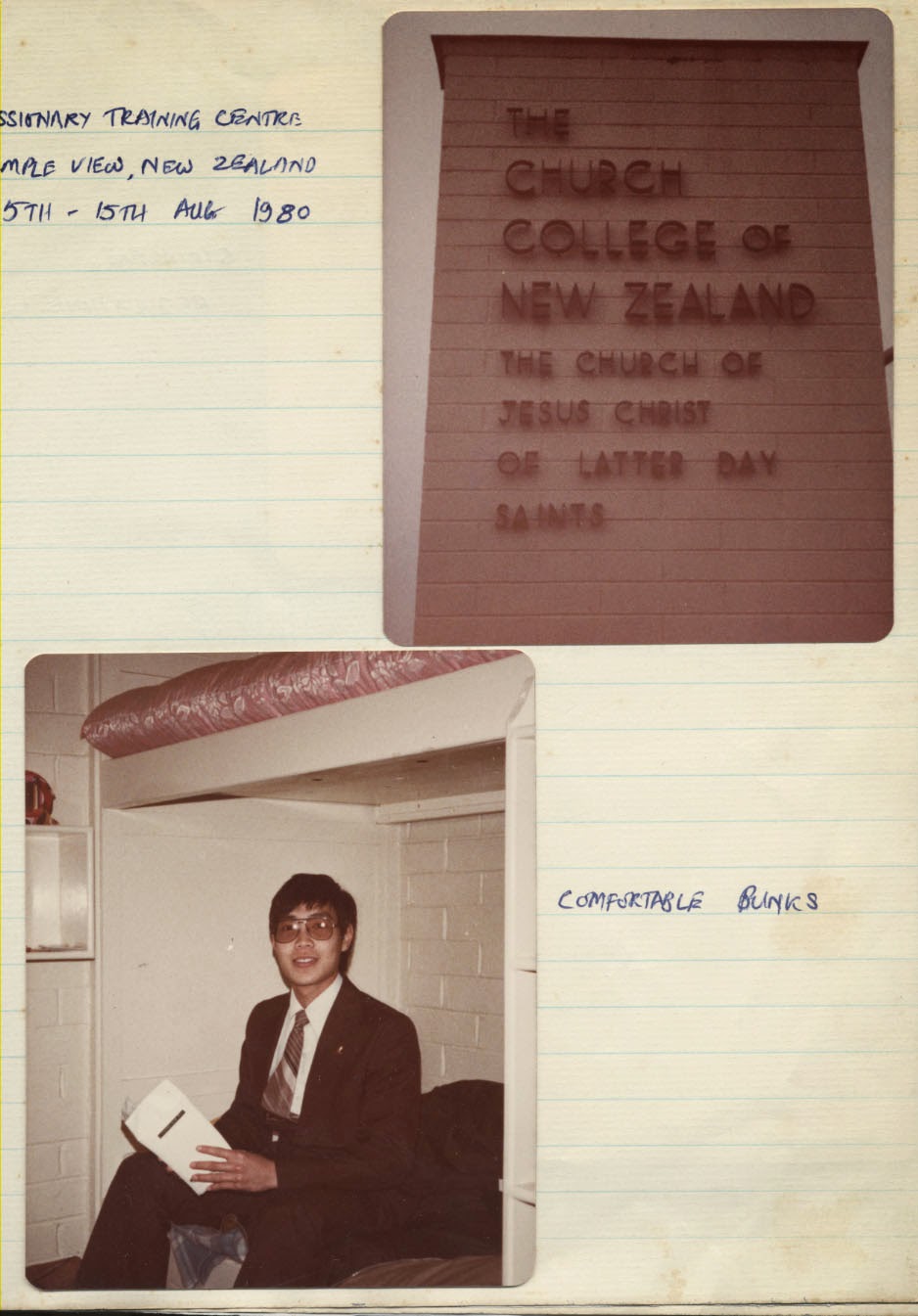 It was also close to the Church College of New Zealand 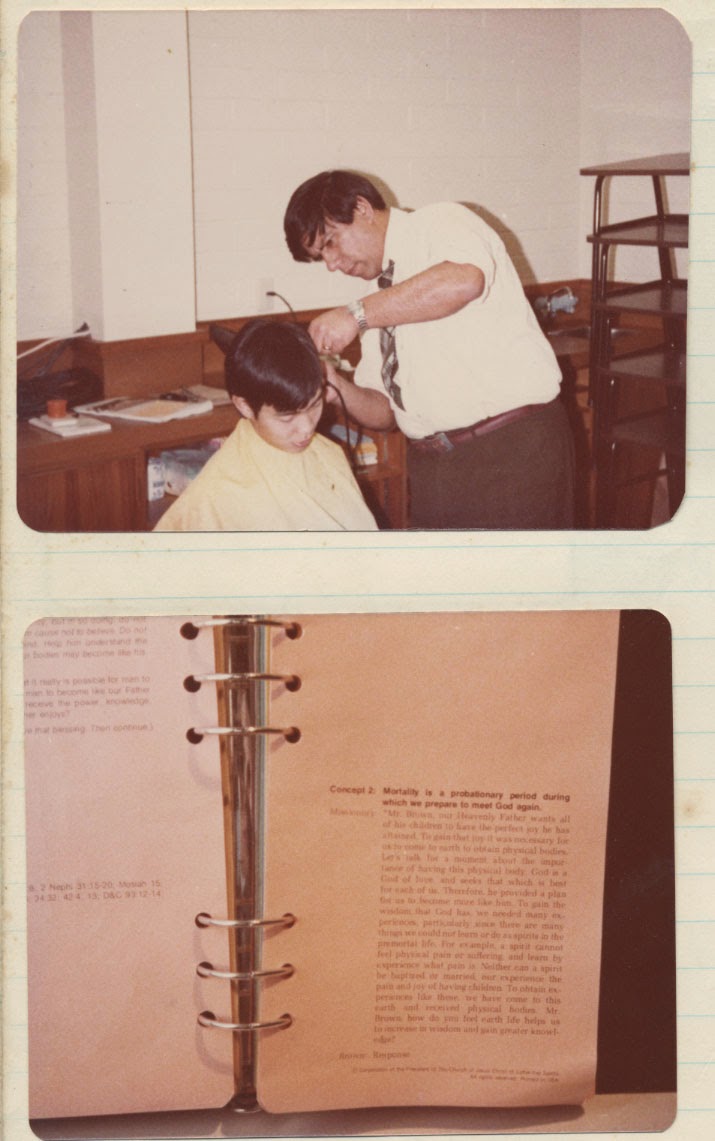 I received my missionary short hair cut and my discussion manuals 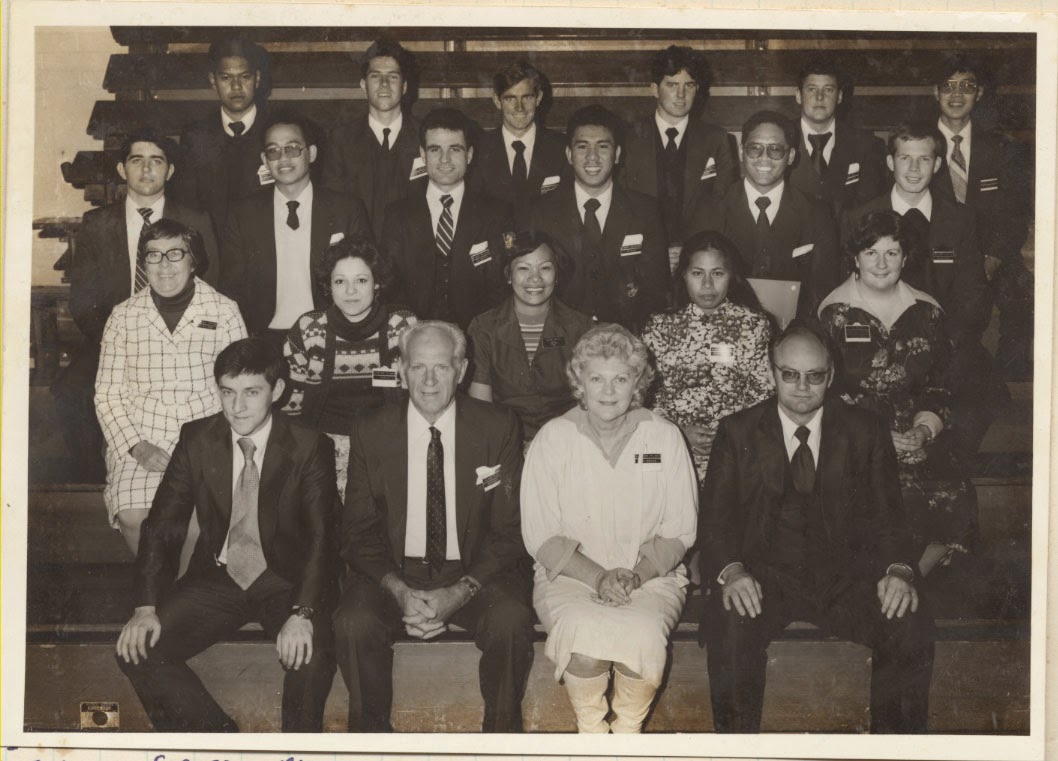 The MTC was a small specialized one for those serving in countries in the Pacific islands and though I was called to serve in Singapore in Asia, I was probably sent there as I was residing in Australia at that time called from the Melbourne Fairfield Stake in 1980. Other fellow missionaries were from Australia, New Zealand and it was interesting to meet the island people from the area which primarily included the Maoris, the Samoans and Tongans who had a new and unfamiliar culture to me.

Postdated development :
Oct 2016, with facebook social media, I was able to find the daughter of Rex Kennerley. Bro Kennerley was the person in charge of the MTC in New Zealnd (seated on the far right of the front row) who was assisted by Bro Belbin. (seated on the far left of the front row). With the help of Roseanne Kennerley, I could complete my reunion information post with my two instructors found here. 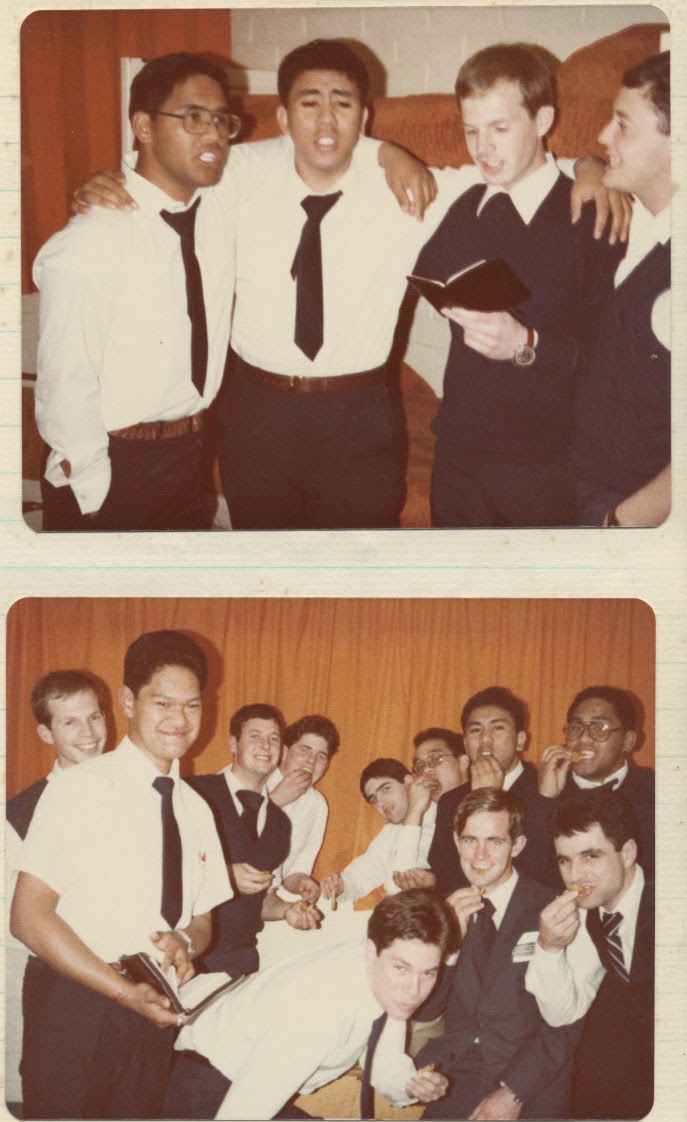 My memory of them is that they seem naturally melodious in song and certainly a happy people! 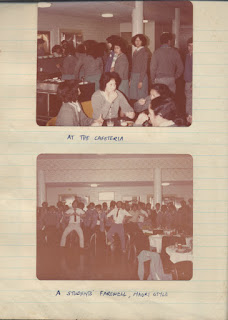 Towards the end of our time at the MTC, we got to visit the Church College nearby and I experienced the NZ haka dance for the first time performed by the students as sort of a farewell or bon voyage wish for us I suppose. 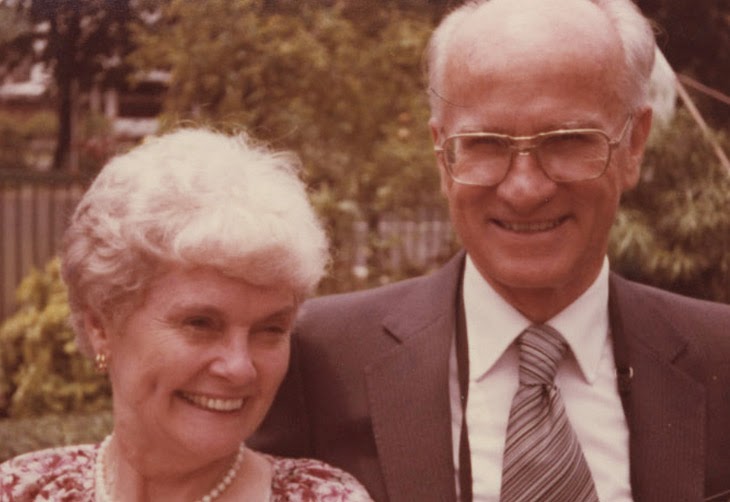 I arrived in Singapore on 15 Aug to be met by the Mission President of the Singapore Mission, Talmage Jones with his wife Vera Jean Jones.

My planned missionary companion would arrive on 20 Aug. On that day, I was taken to the airport by President Jones and his wife to meet him. They had described me to be like the bridegroom waiting anxiously for his bride and I was indeed very anxious to meet Elder Soon to find out his experiences that led him to serve on this mission.

On our first night together, we were both excitedly exchanging quickly our experiences that led us to be together in Singapore. From both our experiences, we could only conclude one thing and that is the Lord had planned for us to be on this mission together. For one, Elder Soon revealed that in the month of December, he too was inspired to go on a mission as he was restless in his sleep like I was. We both had our prayers about going on our mission answered, he in New York City and I with my miraculous experiences in the country town of Geelong Australia in the month of December 1979!

Another interesting fact is that his Chinese given name “Ewe Seang” means ‘have luck’ while mine is ‘mountain of luck’. Here were two men going on a mission filled with luck! Other similarities that we later discovered of each other was that we both had early testimonies of the Church. David was in fact praying for the truth when missionaries turned up at his doorsteps while I was feeling a strong desire in my heart to find the purpose of life when the missionaries knocked at my door. We were both equally amazed how God had brought us together and felt very grateful indeed. 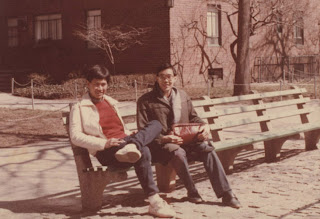 ﻿After our mission, I only met David 4 years later in New York City, in the year 1986, where he had returned. 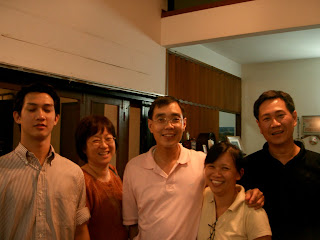 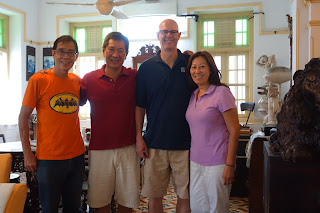 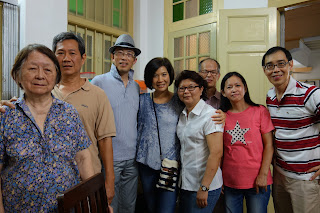 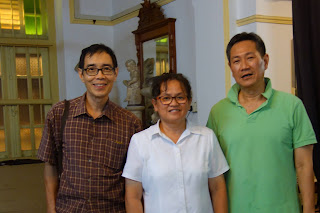 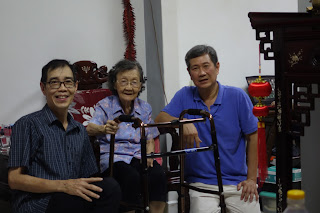