Finding the Church in Malaysia

My first experience at Church in Kuala Lumpur was a memorable experience. I had searched in the phone directory for the name of the Church but could not find it listed.(as the Church name was localized to be known as The Malaysian Church of Jesus Christ of Latter-day Saints.)

Luckily, before coming back home, an elderly sister that I had helped to go to church in Australia passed me the contact number of his son in Singapore. On Sunday morning of 17 Feb, I called the Singapore number but it took some time before I could find out where the Church was located in Kuala Lumpur. I was referred to call a number in the Singapore chapel and a member referred me to call another number which was the Mission home.

I finally got the address of the Church in the suburb of Kuala Lumpur at No 3 Jalan Mentri Utara 7/4, Petaling Jaya. The members were meeting in a detached bungalow home. By the time I got there, Church meetings were over but I got to meet the Jack family. Within a short conversation, we found out that we were actually neighbors to each other in my parent’s home! I exclaimed that I had been calling long distance to find the Church all morning and here he was just next door to us over our common fence! Was this another sign from God I wondered but I was elated over the whole experience.

The Jack family was an expatriate American family, and Mike Jack worked with the oil company Exxon.(He was later called to be the Kuala Lumpur Branch President on 16 March) He and his wife Maveen came with 5 adopted children from different countries, from Sweden right through to Mexico and the far eastern countries of Pakistan, Korea and Philippines! They left Malaysia adopting a young East Indian baby. They were a pillar to the branch and staying with them was a returned missionary from Taiwan, a Malaysian named Thee See Ba. 'Thee See' as the nick name Americans got used to calling him by as well as the locals too instead of 'See Ba' which is his real Chinese given name, and I became good friends and we jogged almost daily in the early mornings. It was like having a missionary companion before my mission. 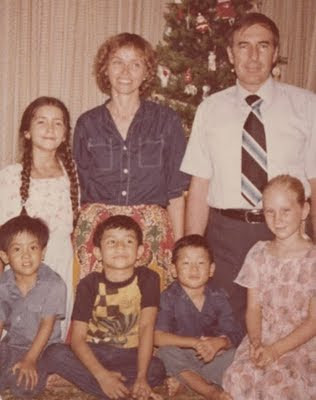