The Call to Serve

I soon found fellowship with the single adults of the Bellarine Branch and I was given my first calling as the Single Adult Male representative with my female counterpart Colleen Farr. I continued faithfully in my “investigation” with a quest to live a spiritual life, ie be a good Mormon and see what happens. It didn’t take long before I could experience what would be unforgettable spiritual experiences that would mold me to my present-day stature of a man of great faith and testimony in the Lord Jesus Christ and the Mission of The Church of Jesus Christ of Latter-day Saints. On Wed 5 Dec 1979, less than six months of membership in the Church, I had a remarkable experience. In the past few weeks, I had been troubled with a constant feeling or impression in my mind that I should go on a mission. It seemed that I could not shake off this feeling, as every night I went to bed with such a thought, causing me to toss around trying hard to sleep and when I did, I would wake up the next morning feeling the same thing. I had no desire to serve on a mission, which would mean serving for 2 years on a voluntary capacity, as my mind had been looking forward eagerly to work after my graduation to become a qualified accountant. My years of study and parental expectation was toward this goal. I was in an awful state of dilemma and confusion.

On that fateful night, I drove to Eastern Beach in Geelong where the night was quiet and the view of the bay was calm. I parked my car and prayed with all my heart to Our Heavenly Father, desperate for an answer to my troubled mind. I wanted to know for a surety if it was God who was calling me or was my feeling of going on a mission simply an illusion of my mind. I remember that my prayer was long and fervent, resting my head on the steering wheel of the car in deep meditation and pouring my heart to God. After I finished, I felt calm, came out of my car and decided to walk to the missionary apartment. I had the Elders teaching my University friend Roy Ngai and was going to discuss the schedule for the next day. I had to walk across a small park and it was already pitch dark at around 9pm in the Australian summer. Through the park I walked with faith that I was heading in the right direction as I could hardly see where I was going in the dark. Lo and behold, I came out of the park just across from the Elders’ apartment. In my meetings with the Elders, I would sometimes receive Church publications from them to read but this time, Elder Slade loaned me a cassette tape with music only. I requested instead for another tape with church talks and I was handed a tape by President Robert B. Arnold, (1-24-78) entitled “Principles of Missionary Work”.

I went home in a hurry, eager to listen to this tape. When I prayed it in my room, I was overwhelmed with the feeling that the speaker was speaking right at me, encouraging me to go on a mission. I believe the tape was his address to students of Brigham Young University encouraging eligible students to go serve a mission. Words that rang in my ear even to this day include his powerful statement that one should not ask whether he should go on a mission or not but when! He also shared in his talk the many miracles that occurred in South America during the time of an earthquake and how the missionaries were spared from death. Now did I feel that this was an answer to my prayers? My intellectual mind made me ask God for a confirmation. I had remembered being taught by the Elders during my investigating months that one should be specific in his prayers to God in order to receive specific answers. So I knelt down beside my bed with the Bible in my hand. I prayed to God to give me his answer from the scripture, saying I would randomly thumb open the Bible with my right thumb and read the words on the opened page!!!! I was as dead specific as I could as I didn’t want to take the chance that luck would determine my fate. Lo and behold, the Bible was opened to a page and I read from Mark Ch 16 verse 15, “…Go ye into all the world, and preach the gospel to every creature.”

Now would this be my confirmation that God was calling me? I was indeed elated and felt filled with the Spirit but there was just one more little thing! I did get baptized with an intellectual conversion and spent many of my days reading the Bible with many well-meaning Christians of other faith who constantly tried to use their interpretation of the Bible to show me that I was going on a wrong path. I reasoned doctrine with them but had to refer to the Bible and hence I was more preoccupied in reading the Bible than the Book of Mormon. With my final exams at the year-end, I didn’t have much time to read the Book of Mormon and had not gained a testimony of it. In my simple mind, I reasoned that if God gave me an answer on my mission call from the Bible, surely if the Book of Mormon was a word of God, I should get a confirmation from it too. With that belief, I went back on my knees with much humility to plead to God with the same specific prayer but this time to open the Book of Mormon to read in Helaman 5:14-15, “…and therefore they went forth, keeping the commandments of God, to teach the word of God among all the people of Nephi, beginning at the city Bountiful; And from thence forth to the city of Gid; and from the city of Gid to the city of Mulek;” From that moment onwards, I felt a perfect peace and calmness that I had never felt before. I knew that it was God who was calling me and I was ready to do his will. 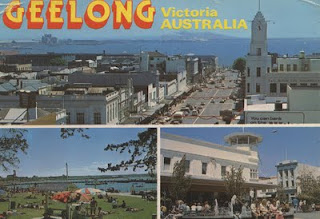 The City where it all happened 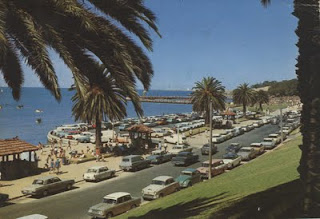 The place I parked my car that is called Eastern Beach in Geelong with a large park nearby but it was in the night time then.

A 3rd trip to Geelong Australia was made in the last quarter of 2014 where I recorded the video below :

3 Sep 2020
Kuala Lumpur
For years after I completed a successful mission with the early promptings to serve a mission recorded by this journal, my Consciousness made me try to get a copy of this cassette recording of President Robert B. Arnold, (1-24-78) entitled “Principles of Missionary Work” as shared above. I used the term Consciousness as it has become the subject of my intensive research in the past 7 years with a goal to publish my first book. It's been close to 41 years on this day since 5 Dec 1979 when I was listening to the talk on the cassette tape!
2020 has been an unusual year in my life time to experience a pandemic of the Corona virus named as COVID-19. I wrote some details about it in my first and only post of 2020 found here. It will have reference back to this journal, specifically to this postdated commentary about my discovery of more information of President B. Arnold. During this health crisis of the world, I had more time to work on my book to cover some more information of the difficult topic of Human Consciousness. I had become very good in my research for information via the internet. Somehow I had an impression to spend a little time to search again for more information of Robert D. Arnold first thing in the morning of this day. I had tried before several times over the years as the search engine for Church related information had been improving greatly over the years but I couldn't find him.
This morning I learned that the Church had a large growth in Brazil (REF)
I searched further to find that the Church and 3 missions in Central America, In 1965 the mission was first divided, and the northern part was divided again in 1976, forming three missions: the Guatemala Guatemala City Mission, the El Salvador San Salvador Mission, and the Costa Rica San Jose Mission, (REF)
Then under Church News, I recognized the name of Gerry Avant who had interviewed me before for an article in KL had included the name President (Robert B.) Arnold in an article on the earthquakes that occurred in Guatemala in 1976 (REF)
In the Deseret News, I found his full information in his Obituary under his full name of Robert Bennion Arnold who passed away on 10 Feb 1999. With this information stating that he had been the Bishop in the Jordan 1st Ward in Utah, I can contact some friends of mine living in Utah if they could get a recording of the cassette that impressed me to serve a full time mission for the Church!
There was another impressive cassette recording loaned to me by one of the Elders who first taught me in Australia by Cleon Skousen on the subject of the Atonement. I could find the recording online a few years ago and have used it for this journal post of mine.
4 Apr 2021
2nd year of the Pandemic with amazing news unleashed!